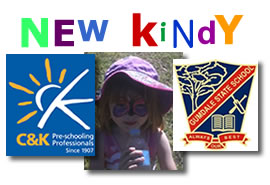 Gumdale State School is one of the 14 Queensland state schools where new kindergarten services are to be co-located in 2012.

Premier Anna Bligh, in a media statement this week, said the new services are part of the Government’s $321 million plan to establish up to 240 extra services across Queensland by 2014.

“We are putting new services in areas where they are most needed so more Queensland children to have access to a quality kindergarten program,” Ms Bligh said.

The State Budget has allocated $1.11 for the kindergarten service at Gumdale State School.

Education Minister Cameron Dick said that by the end of 2012, a total of 108 additional kindergarten services will have opened at state and non-state school sites across Queensland.

“Having kindy services on school sites makes sense because children become familiar with the school environment before Prep and it’s convenient for parents with school-age kids doing drop-offs and pick-ups,” Mr Dick said.

The kindergarten facility, which will be managed by the Crèche and Kindergarten (C&K) Association, will be located off Tilley Road and built on a section of the bushland adjacent to the access road on the oval. The plan for the facility is available for viewing at the school’s front office.

Kindergarten placement offers for the new C&K services will begin at the end of June 2011 for the 2012 intake.