The Australian Bureau of Statistics has released its 2011 Census data and here is some interesting data for the Carindale region.

The median age in Carindale is 40 and there’s an average of 2.9 people and 1.9 motor vehicles per household. The average weekly household income is $1,957 and monthly mortgage repayments $2,058. The median weekly rent is $440.

It’s important to remember that this information is from just one data set of Carindale. 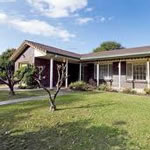 Carindale is above the state and national average when it comes to the number of ‘separate house’ dwellings with far less flats/units than the average.

Carindale folk can consider themselves relatively financially fortunate with the Carindale median weekly personal income being $674, 13% higher than the state average and 15% higher than the Australian average.

Carindale is higher than the Queensland and Australian average for ‘Catholics’ and below average average for those of ‘no religion’, according to the ABS data. If you pop over to Carina Heights, those with ‘no religion’ is at 20.5% and in Carina 21%.

ABS data shows that 24.6% of Australia’s population was born overseas and 43.1% of people have at least one overseas-born parent, showing that multiculturalism touches just about everyone in Australia – whether at home, work, education institutions, clubs and other groups.

In Carindale 31.6% of people were attending an educational institution at the time of the census. Of these, 28.2% were in primary school, 26.5% in secondary school and 27.9% in a tertiary or technical institution.

From primary school onwards, Carindale has a higher percentage of its population in an education institution than the national average.

Explore other local suburbs and the statistics in further detail via these links: