Belmont State School, following an ‘Expression of Interest’ process, is one of 26 schools selected to become an Independent Public School (IPS) in 2013.

I asked Belmont State School Principal Noel Seawright what attracted him to applying and what it will mean for the school community. 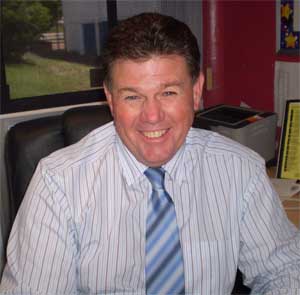 Mr Seawright says he saw greater flexibility with the IPS scheme in terms of how they can deliver the curriculum.

“It gives the autonomy to make decisions locally through the school council – who will be doing a lot of the direction setting – which meets the needs of the broader community,” Mr Seawright says.

The Government will provide an initial $50,000 grant to assist the school transition to an IPS and the establishment of their school council. The participating schools will also be eligible for a further $50,000 each year for administration purposes following an annual performance review.

Mr Seawright says the school already has strong links with groups such as Queensland Academy of Sport and with the Carina Leagues Club that he sees can be built upon further.

“Clem Jones Centre provides a whole range of other opportunities that we can get into,” he said.

Mr Seawright pointed to the ability for an IPS be able to go direct to contractors, rather than through QBuild.

“We can become project managers and manage it ourselves,” he said.

He said it opens up doors for parents who are business owners who may like to get involved in projects and development at the school.

Another important issue in relation to an IPS is that of recruitment.

“An IPS school has the advantage to work within the current staffing and processes, and, if you choose, just say an innovation came up, you could actually advertise a position,” Mr Seawright said.

He noted that schools must still adhere to certain procedures and policies and can’t poach staff or pay anyone more than the award rate.

Principals at Independent Public Schools will be able to choose between directly recruiting teachers (where vacancies exist) or by filling vacancies through existing department applicant pools or the transfer system. Principals at Independent Public Schools will also be able to recruit classified teachers without having to go through the relocation process.

While Independent Public Schools will not be required to follow a number of operational procedures, they will be required to operate within legislation, industrial instruments, directives, delegations, whole-of-government policy and national agreements.

Mr Seawright envisages that by term four they will be setting up the required processes. After speaking with me, he was about to join a webinar run by The Deputy Director General Lyn McKenzie and the other school principals to obtain further direction.

A School Council is a key part of directing an IPS.

The number of elected parent members and elected staff members of an Independent Public School Council must be equal. The official members of the council are the school’s principal and the Parents & Citizens’ (P&C) Association president.

“With our current set up of the P&C we’re very proactive,” Mr Seawright says.

“School council is very much about strategic direction of the school. And the P&C continue to function the way they have done.”

“This is a massive step forward for Belmont State School and it will now have more control over decisions to help it shape its future and improve student outcomes,” Mr Minnikin said.

“We believe that local school communities, parents, teachers and principals know what’s best for their children, and we want to give them the power to make those decisions without interference.”

The Queensland Teachers Union has raised concerns about the plan saying there is uncertainty around aspects such as which departmental policies will or will not need to be followed. QTU President Kevin Bates said:

The question remains for the Government – if it considers aspects of IPS such as “cutting red tape” and providing direct communication between IPS principals and the Director-General beneficial, why not deliver those benefits for all state schools?

30 schools applied to become Independent Public Schools and 26 were selected for a 2013 launch. It is expected that 120 will be rolled out over the next four years.