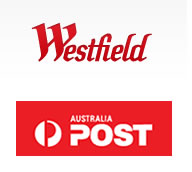 Australia Post at Carindale is getting ready to move from its Westfield location after negotiations with Westfield to stay in the shopping centre failed.

Westfield Carindale has plans for more high-end retail in the space that the post office currently occupies.

Discussions took place regarding another spot within the centre. However, Australia Post found the alternative space offered to be unsuitable.

The Australia Post store, along with its many PO boxes, will now relocate to the Metropol shopping centre on Creek Road Mount Gravatt East in late April, an Australia Post spokesperson says.

Adrian Schrinner, Councillor for the Chandler Ward and Deputy Mayor, says he was very concerned to learn that the post office at Carindale may be relocating out of the shopping centre.

“The post office provides some important services for our local community, including the ability to pay bills in-person,” Cr Schrinner says. 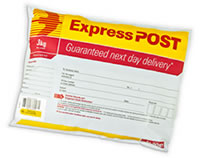 “Any relocation away from the centre would seriously inconvenience the thousands of local residents and small businesses who access the post office each week.”

“The centre has long been a one-stop-shop for the community, offering important facilities such as a Council library, a Medicare and Family Assistance Office, medical facilities, banking services and a post office.”

“It just doesn’t make sense for the post office to leave the centre.  Australia Post will suffer, Westfield will suffer and most importantly customers will suffer,” he says.

Cr Schrinner said he hoped another location within the centre could be found.

“I have been in contact with both parties and personally urged them to try and resolve this situation,” he said.

For locals, however, the removal of Australia Post from Westfield is significant in terms of public transport, parking and convenience of essential services.

The Australia Post spokesperson said that the Westfield store is to close on April 26th and the new store at Metropol will open April 29th and that customers (such as PO box holders) will be contacted very soon.

11 Responses to “Post office being pushed out of Westfield Carindale”