A Brisbane resident, who was cycling from a bike path entrance of the Minnippi Parklands yesterday, witnessed a liquid waste company (that we won’t name) truck exiting an area around a storm water drain. Suspicious as to what they were doing there, she went to look at where the truck had been. She then saw and smelled a freshly dumped substance left at the drain. 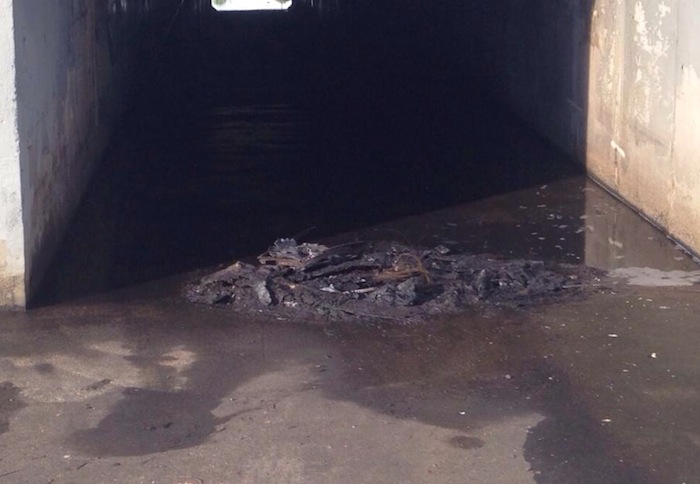 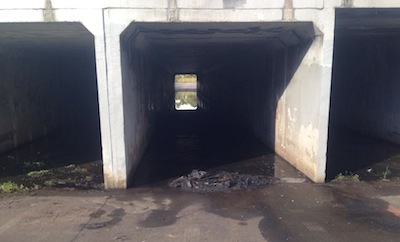 The resident, who also took these photos, has reported the incident to the Brisbane City Council and the State Government.

She says she saw the vehicle drive over a broken bollard to leave. The chain around the area had been broken and the bits of concrete and screws were still sitting there, another indication it had recently happened. 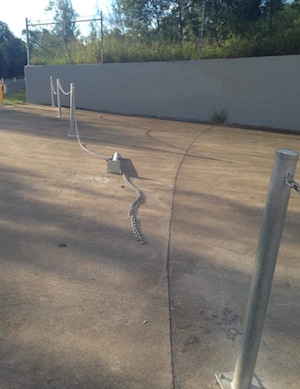 The chain around the area was broken.

“One has to wonder why a liquid waste company would be exiting a normally locked off storm drain,” she told us.

“The sun was out and wetness on the concrete is still very obvious.”

She said the substance had a very strong smell like tar or bitumen. 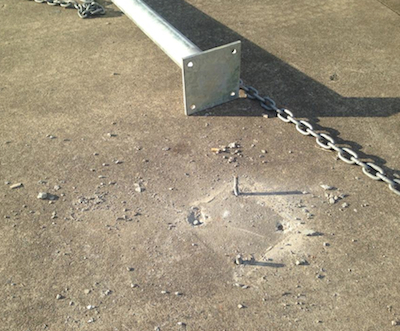 The bits of concrete and screws were still sitting there, another indication it had recently happened.

“I can’t imagine all those chemicals going into the parklands and wetlands,” she said.

Every year, half a million dollars of ratepayers’ money is spent on cleaning up illegally dumped waste, according to the BCC illegal dumping page. Even more money is spent on fixing infrastructure and natural areas impacted by dumping. The council says:

Illegal dumping causes chemical and physical pollution in our neighbourhoods and waterways. It also spreads pests and weeds, including fire ants and lantana.

Even dumping old furniture is a problem because it may encourage others to dump more dangerous waste.

If you encounter incidents like this, alert council as soon as possible (while staying safe!) and we also welcome you to tell us your story.