Health and fitness was definitely the winner as a pleasant Saturday morning greeted locals at the Meadowlands Road parklands and councillors Adrian Schrinner and Ryan Murphy opened a brand new $220,000 outdoor gym. It’s the first of its kind in Brisbane.

Cr Schrinner was first approached by neighbouring Cr Ryan Murphy of the Doboy Ward to create a new space for locals in Brisbane’s south-east to exercise and be social. 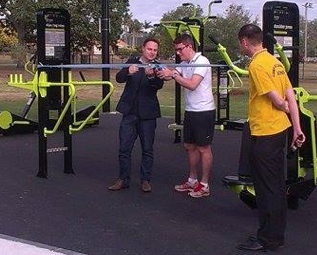 “There is a big catchment area around this park, literally tens of thousands of people live within a short distance – whether it’s walking or driving – that can potentially take advantage of this,” Cr Schrinner stated.

“Not everyone can afford to join a gym but also people often pay for a gym membership and then only use it a little bit.

“This equipment is free to anyone and they can use it as much or as little as they want.”

Councillors Schrinner and Murphy were inspired by a similar set up in Coomera on the Gold Coast, and were impressed by the respect with which people treated the equipment, as well as the Coomera gym’s popularity. 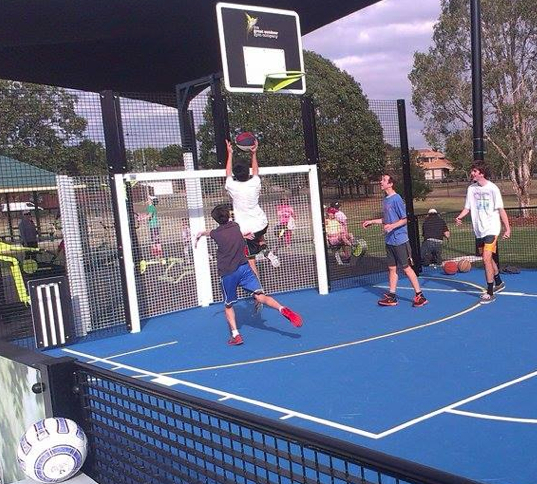 The gym features several pieces of equipment, as well as a small hard-court which is lined for social games of basketball and futsal.

Paul Hemmings of The Great Outdoor Gym Company, who supplied the equipment, was particularly proud of the new set up.

“There has been some massive changes in the way the equipment is designed and manufactured now. Particularly in its design sense; it’s been designed to give real physical outcomes.

“As opposed to the early days where it really was very basic movement exercise equipment … a lot of that equipment still is around in Australia.”

Paul’s outdoor gyms started in the United Kingdom. All of the equipment has been designed in conjunction with one of the leading sports science universities in the world. 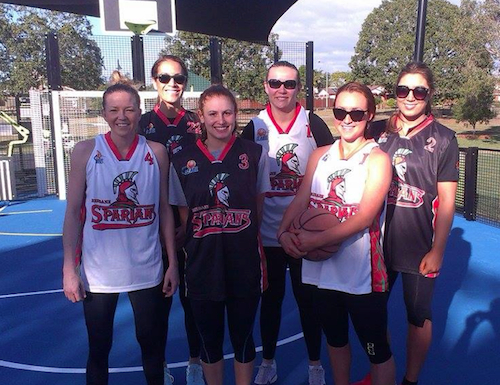 An innovation in the design of some of the equipment means that users can generate power whilst they work out. The new green energy range includes a spin bike, a recumbent bike, a cross trainer and a hand bike. When operated, these machines generate electricity which is stored and used to light the park at night.

Perhaps even more appealing, the four machines each have an industrial strength USB port which can be used to power your phone while you work out.

The event coincided with the Minnippi Parkrun, an initiative which allows people of all ages and ability to run a timed 5km course around the picturesque lake. The Parkrun is fast becoming a worldwide phenomenon, after gaining popularity in the UK. Between 150 and 200 keen participants tackle the Minnippi Parkrun every Saturday morning, along with 10,000 others across the nation.

Contributing to the theme of getting out and being active was Katie King of Primal Instinct Kids, providing a free games incorporated fitness session to all the children in attendance. Primal Instinct Kids caters for kids aged 4-12, and seeks to help children learn to love exercise in a fun, safe and social environment.

Lions Club of Camp Hill-Carindale were a driving force behind organising the event. Lions’ David Greenup helped MC the ribbon cutting ceremony and outlined some of the things locals can do to assist Lions and the community. 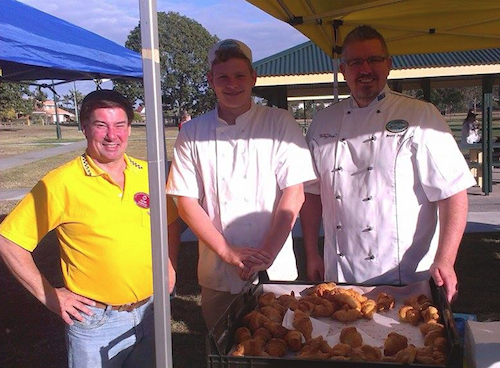 “The biggest thing for Lions is it’s not always money that we’re after. We’re after an extra set of hands, and our Two Hands campaign at the moment is all about looking for volunteers.

“We’re happy to take on volunteers at any stage,” Mr Greenup said.

A special mention must also go to award-winning  baker Brett Noy of Uncle Bob’s Bakery (Belmont) who provided locals with free breakfast, at short notice and free of charge.

Situated between the off-leash dog park and children’s play area, the Minnippi Parklands outdoor gym is a fantastic way to stay active whilst socialising, and as a brand new innovation for the greater Brisbane area can be expected to set a precedent for other potential gyms of its kind to spring up and rejuvenate public spaces.

One Response to “Minnippi Outdoor Gym Open For Fitness”