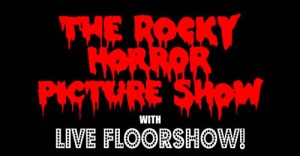 40 YEARS ON AND IT STILL MAKES YOU SHIVER WITH ANTICIPATION!

Although largely ignored upon release, it soon gained notoriety as a midnight movie when audiences began participating with the film at the Waverly Theater in New York City in 1976. Audience members returned to the cinemas frequently and talked back to the screen and began dressing as the characters, spawning similar performance groups across the World.

Now in 2015, four decades after its premiere, the Studio Theatre & Café is giving new life to the longest-running theatrical release in film history. Do the Time Warp again and again, as a dynamic new production team, headed by Lighting Designer Bradley Clarke, and regular on BBC TV and UK Cabaret Star, Sarah Brooks, team up to bring the Ultimate Rocky Party Experience to Brisbane.

In the tradition of the “Midnight Screenings” in America, a brand new interpretation will see die-hard fans bring the movie to life with an interactive floorshow, all set below a canopy of lighting effects. Dress up as your favourite character and dance the night away with hits like “Sweet Transvestite”, “Hot Patootie”, and “The Time Warp,” and sing along with the stars of the 1975 Cult Film Classic, Tim Curry, Susan Sarandon and Richard O’Brien.

THE WILDEST PARTY IN TOWN!
Re-imagined for the 40th Anniversary Year.