It has been revealed that a high quantity of an unidentified chemical pollutant in and around a local park lake is the second time the Wisteria Park location has suffered environmental damage in the past month. 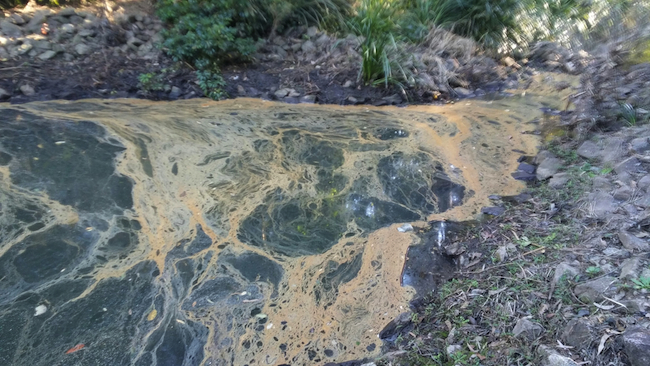 Catchment Manager for Bulimba Creek Catchment Wayne Cameron says locals reported sightings of dead turtles at the Mount Gravatt East site, which has accrued a sickly, oily slick in the past two days.

“I hope investigations can find the cause and the culprits and something can be done to contain the pollution which is heading to Bulimba Creek as we speak,” Mr Cameron says.

The contamination of the lake has potentially diabolical consequences for vegetation and wildlife along Salvin and Bulimba Creeks if the pollution is not contained soon.

An investigation is currently underway to find the nature of the mystery contaminant. 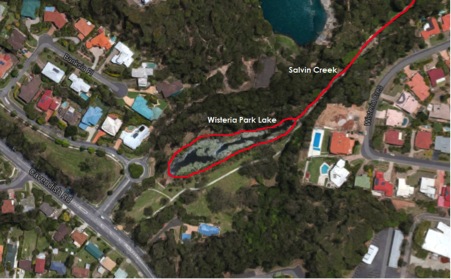 CONTAMINATED: The Wisteria Park lake is less than 50m from multiple residences in Mount Gravatt East.

Mr Cameron also revealed that this wasn’t the first environmental destruction to occur at the lake in the past month.

Much of the vegetation surrounding the lake served as bird nesting habitat and was killed off after a council appointed contractor sprayed herbicide around its periphery roughly four weeks ago.

Since the reported herbicide spraying there has been a noted decrease in the number of birdlife in the area, including purple swamp hens, Australian wood ducks, Eurasian coots and pacific black ducks.

Bulimba Creek Catchment Coordinating Committee (B4C), which has championed the plight of the environment for almost two decades in Brisbane’s south east, are leading the charge of concerned locals calling for greater accountability from the Brisbane City Council.

“These two events are indicators of lessening of caring about protecting the environment, particularly from a local government level,” said Mr Cameron.

The lake, which is a council-made stormwater containment lake situated between Cavendish Road and Wisteria Crescent, flows into Salvin Creek and eventually into Bulimba Creek in Carindale.

B4C has contacted council regarding the incident and is awaiting a response.

Anyone who may have witnessed any behaviour such as dumping in the lake around the afternoon or evening of Wednesday 8th July is encouraged to notify authorities.