The Carindale & Eastern Suburbs Community Forum – started and hosted by local Glenn Millar – is held on the last Wednesday of every month in the Reflections Room, Pacific Golf Club, Pine Mountain Rd, Carindale.
Please note there is NO FORUM in December and January.

All welcome. No need to RSVP, just turn up.

If you want to suggest a speaker or agenda item – just contact Glenn Millar (the group’s founder and host) glenn.millar@remax.com.au or 0414 991 474.

> Rachel Smith  – Rachel is an Author, Blogger, Speaker and a Principal Transport Planner at AECOM in Brisbane.   More details >>

> Rowan Baxter – Integr8 Fitness – Rowan has been in the fitness industry for 15 years and is an ex NRL player and has had 3 seasons with the NZ Warriors.

> Non-profit organisation, Musically Speaking
> Campbell from Minnippi Parkrun give us an update on the continued success of the parkrun.

A barber’s quarter and a presentation on fire safety. 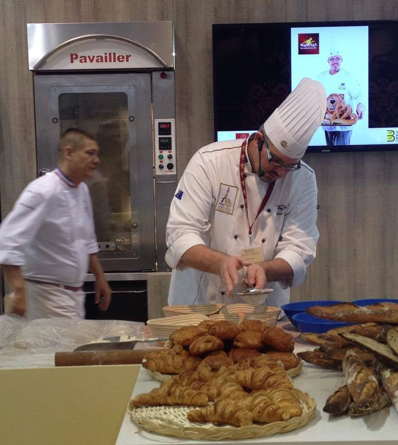 Brett Noy of Uncle Bob’s Bakery
Brett is the managing director of Uncle Bobs Bakery and Creative Crusts Baking Company. He is co-founder of the Not for Profit organization Southern Cross Baking Group in Brisbane. Most recently Brett placed 3rd in the Bakery Masters in Paris, and he is the 1st Australian Baker to ever be invited to judge at the worlds most prestigious baking competition, the Coupe du Monde del la Boulangerie.

David Way of Prison Fellowship Australia (Qld)
David is Qld Excecutive Director of this not for profit organisation which serves victims of crime, prisoners, ex-prisoners and their children and works to build a safer community by influencing the Justice System to adopt a more Restorative Justice approach.

> Scott Johnson from Rockaway Records at Westfield Carindale. This store is the last of the real independent music shops! We had a fascinating chat about music memorabilia, collectables and more!

Guest speaker: Jane Milburn is an agricultural scientist by training – and her first professional job was as ABC rural reporter working in radio and television in Victoria and Queensland. Now Jane is on a 365-day journey with the Sew it Again project to inspire creative upcycling of natural fibre clothing. In between those two endeavours, Jane worked as a journalist with regional and urban newspapers and as a communications consultant running campaigns for various health and rural groups. Her campaigns included the 612ABC Swap It Challenge for health groups, Save the Aussie Banana for banana growers, water fluoridation for Queensland dentists, and Every Family Needs A Farmer for AgForce. Sew it Again is a campaign of Jane’s own making in which she is demonstrating upcycling every day to share a different way of dressing that is mindful of the Earth’s finite resources. Jane’s purpose is to inspire creative reuse of natural fibre garments through resewing at home – in the interests of empowerment, thrift, sustainability, ecological health and wellbeing.

We had Campbell and Carmel of the new Minnippi Parkrun speak to the group. The parkrun is a fantastic healthy and community-minded activity. We also had the great Carindale Rotary calendars for sale. Then we just had a fun and casual chit-chat and a drink to celebrate the last forum for the year!