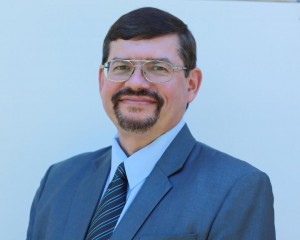 Dave Nelson, Greens candidate for the seat of Bonner

Dave Nelson is the Greens Candidate for the Federal electorate of Bonner.

I asked Dave about his background and motivations.

Dave lives with his wife in Mount Gravatt and was born in Canada. In Canada he studied electrical engineering, economics, and sailing.

At age 27 he became manager of engineering for the North American factories of multinational electrical manufacturing company Dimplex, based in the UK.

At 34 he became the Chief Technical Officer of EDAC, a Canadian-based multinational electrical manufacturing company with factories in Canada and Asia.  He was responsible for the engineering, quality assurance, and IT systems for the company world wide – a job that he says involved a lot of travelling.

“When the dot com bubble burst, it hit EDAC pretty hard, and the board asked me to reduce all my departments by 30 per cent,” Dave said.

“I volunteered to be part of the cuts – I was tired of all the travelling.”

“So what to do next? I decided to sail around the world. After a couple of setbacks, I ended up operating a yacht delivery company. I have sailed across all the warm oceans – I don’t like cold ones – in fact I can’t stand cold, period – one of the reasons I left Canada.”

Dave first visited Australia in 1998 for a yacht race. He came back again in 2003 after bringing a boat across the pacific.

“I stayed for a few months and decided this was the best place to live on the whole planet – it truly is the lucky country. I immigrated here permanently in 2007. And now I work in the electrical power generation industry here in Australia.”

“I’ve never been called a politician before – this is my first venture into politics – but maybe that isn’t a bad thing. I have been called an engineer – and perhaps my hands on experience, and my understanding of the technologies are some of the skills that I can offer.”

“When I decided to get actively involved in politics I carefully examined the policies of the two old parties. I felt alienated by the extremist views of the liberals. I campaigned for Mr Rudd in 2007 because I felt very strongly about the inhumanity of the Howard pacific solution.

“I feel labor has now abandoned their core values. Only the greens seem to actually care for the people, the future, and seem to be the last party to actually have a conscience.

“I am deeply concerned about our community. I believe the job of government is to care for all the people, and I would make it my job as their representative to care for the residents of Bonner.

“We need to work on improving local health services and restore the Emergency department in Wynnum Hospital. I believe it is time to stop the state and federal finger pointing blame for the failure of our health services.

“As an Engineer I want to promote new and innovative ways to generate and manage power generation which would dramatically reduce power bills for households, decrease the cost of living, and decrease pollution.

“We need to highlight the negative health impacts of coal dust along the rail corridor through Lytton, Murarrie, Hemmant to the Port of Brisbane and work to at the very least get the coal wagons covered.

“We should very much oppose the planned trucking of coal using the Gateway Motorway, right through the middle of Bonner.

“Our electorate of Bonner deserves a strong representative who will speak up for our residents, not another backbencher,” he says.

Dave says he is interested in hearing the opinions, thoughts, and concerns of the people of Bonner.

He has been meeting people at the Chandler markets on Sundays and says he has also been going door to door and setting up a mobile office every weekend in different areas of Bonner.

He says he also welcomes messages by email (dave4greens@gmail.com) and residents to visit his facebook page.