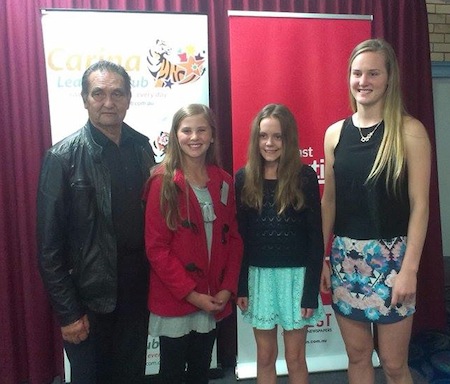 Each winner received $1500 to go towards achieving their goals as a reward for their dedication and hard work.

Basketballer Kristy Wallace has represented Australia at both Under 20s and World three-on-three championships. She has also accepted a place at a US college, joining NCAA Division 1 member Baylor University in Texas for 2015.

Winner of the volunteer category Ron Eager recently relinquished his position as Carina Cricket Club president after an astonishing 30 years in the role.

Mr Eager spoke about his time at the club.

“I’ve coached from Under 10s right through all the grade. I’m proud of the enjoyment the young kids get out of it,” Mr Eager said.

“The parents at the end of it come up and say ‘thank you very much’. I enjoy it.”

The event included a jovial interview between former member for Chatsworth and Channel Nine sports anchor Chris Bombolas and Carina Leagues Club Vice-President Wade Corr, with the former reliving some of his funniest moments in front of and away from the cameras.

However Mr Bombolas also had some gems of advice for young sportspeople amongst his anecdotes.
He recalled Thomas Edison’s famous quote “there is no substitute for hard work”, before adding in a stirring line of his own:

“A champion is a dreamer that refuses to give up.” 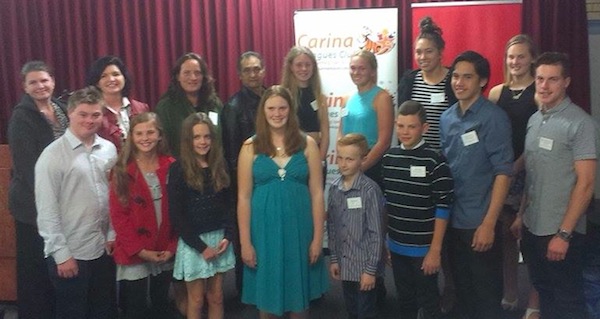